Today you’ll learn to install Chrome operating system on your computer, and the special thing is you do not need a Chromebook, install and run Chrome OS on an ordinary computer let it be a Workstation or a lightweight laptop. This article is curated to depict everything about Chrome OS forks.

Before jumping check out these screenshot of Chrome OS running on a typical computer. The right-side panel will pop-up the quick settings, from where you can control volume, connect to a Wi-Fi network, shut down your computer, accessibility. Sign out and locking the PC is easy from the quick access panel. The interface is minimal, looks beautiful, and consists of notification count, time, wifi and battery icon, and finally user image. Also, you’ll be able to see all the notification clicking the icon before the clock.

And this is the minimal yet beautiful home screen. Interested? It has the round-shaped google quick access shortcuts. The screenshots are of Chrome fork by ArnoldTheBat and FydeOS. You’ve also got other forks to choose which one you like better.

These forks are based on Chromium OS, start tinkering with ArnoldTheBat builds – for an easy and amazing out of the box experience.

Daily, weekly, and special Chrome OS builds to choose from. This site provides up-to-date Chrome OS build based on Google’s Chromium project. This is the best option to get the same look of Chrome OS that you see on a real Chromebook. The limitations are fair, you won’t be able to run Android App and Google Assistant (and that seems final). Otherwise, everything will work out of the box I must tell you that the stability of this Chromium OS fork is astounding.

Because the special builds come with additional drivers, it supports more computers. You should try the weekly latest build because it may not have bugs and compatibility issues.

Since there are continuous updates it hard to download each new system image, burn to a USB to boot so you can just go to Settings > About > Check for and apply updates and it will install the latest update. Thanks to the Air (OTA) updates from dev servers.

How to use (on Windows).

* Alternatively, you can use Rufus tool.

FydeOS is based on chromium fork to run on Intel computers. Version 10 is running on Chromium r83 and supports Android Apps. Despite you won’t find play store as it was mainly focused on the Chinese market where Google services are banned. Still, you can sideload Android apps or even install the Google Play Store. It is available as a PC and Vmware system image.

Use FydeOS with a Google Account, for that to work registration is required with a FydeOS account.

You need FydeOS because.

Unlike the older beta version took 10 minutes to boot up, the new version was insanely fast and booted under 20 seconds. This is tested on my HP ENVY laptop with an i7 8th generation processor. Android subsystem and related functionalities are limited to Intel series graphics cards. We are quite impressed to see how it manages to run Linux Apps and Android apps together. That being said you could install Chrome extensions, Android Apps, and Linux Apps, on FydeOS. Being a Chromium OS fork we found that Google’s Assistant wasn’t working.

Nerveware a company, forks the open-source code of Google’s Chromium OS and forges Nerveware CloudeReady. It’s like Phoenix OS (Modded Android OS with extra functions) but Chrome OS for PC. The changes include additional management features and hardware support. The company’s business plan is to sell it directly to schools and businesses that want to use Chrome OS on their existing PCs.

They also offer a free version of CloudReady for home users. Since it’s Chromium OS-based, you don’t get the functionality to run Android Apps on it; moreover certain multimedia and DRM features may also not work on some websites.

Chromefy is a project to make a Chrome OS image on your computer. Due to limitations, such a website can not ship ready-made images. So what the project requires is a recovery image and custom Chrome OS image (Arnoldthebat) and the special script, When mixed together it will be built a Chrome OS image that you can burn into USB and boot. You might be asking? what’s special! is arnoldthebat build arent enough? The answer is simple, Chromefy adds things that other custom Chrome OS forks fail to deliver. The biggest feature is the Android app and maybe Google assistant.

I tried to put my hands in the dirt and was unable to build Chrome Image using this (since I do not know about this topic). If you happen to get it to work, please leave a comment below.

It’s easy to mistake this as a Chrome OS. It’s a Linux based operating system with chromium Browser to give you the look of the Chrome operating system. It is the best of these two Worlds. Since it is running on Linux you can install Linux applications and play with the terminal. In past we have discovered is a similar Linux project Goes by the name Cub Linux but unfortunately, the developer shut down the project after having a copyright dispute with Google. If you have used a Linux operating system before it is easy to get used to it the operating system plays around the chromium web browser.

Which Chrome OS fork you’re going to use?

It is very confusing to choose a Chrome OS fork for your PC, but you can choose the very first option which is Arnoldthebat. What you will get it frequently OTA updates for an up to date experience. If you want to use another Chrome os for PC you can give FydeOS a shot. Don’t want a Chromium OS-based operating system but similar look then you can go with CrOS Linux. 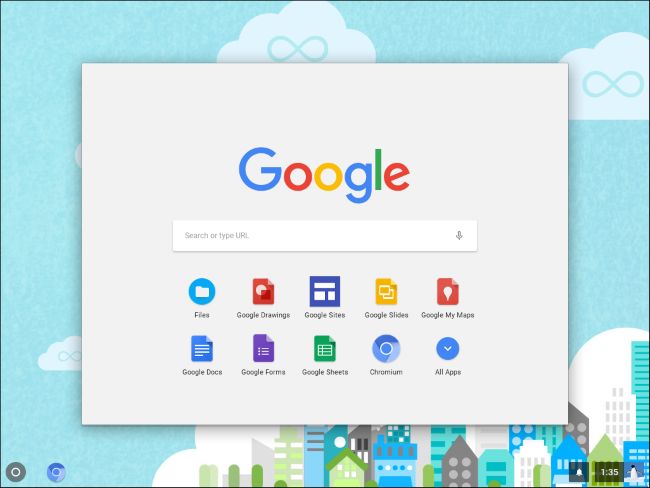 Do you have a spare PC? Do you wish to use it for surfing the internet and other internet based applications? If yes then this post is for you! In this post, I will show step by step how to install Chromium OS on your PC.

What is Chromium OS?

Chromium OS is the open-source version of Google’s Chrome OS. Unlike other operating systems that are a jack of all trades, Chromium OS is designed to be great at just one thing that is surfing the web.

Since Chromium OS is interdependent on Google’s Chrome OS which has been specifically designed keeping in mind a specific hardware configuration that is the Chromebook.The hardware support for Chromium OS is not that developed.

To overcome this we will be using a specific build of Chromium OS that has been made available Thanks to ArnoldTheBat this has got additional hardware support than what is currently available in vanilla Chromium OS. But even then one might face a lot of bugs due to incompatible drivers. You can open a bug report at the GitHub project. This will ensure that the future builds will support your hardware.

I would advise you to first try running Chromium OS as a live operating system from a pen drive. If you are satisfied with the performance then you can install it on your system. In this tutorial, I will show you how to make this live USB Chromium OS pen drive. Then how to use that for installing it on your PC permanently. 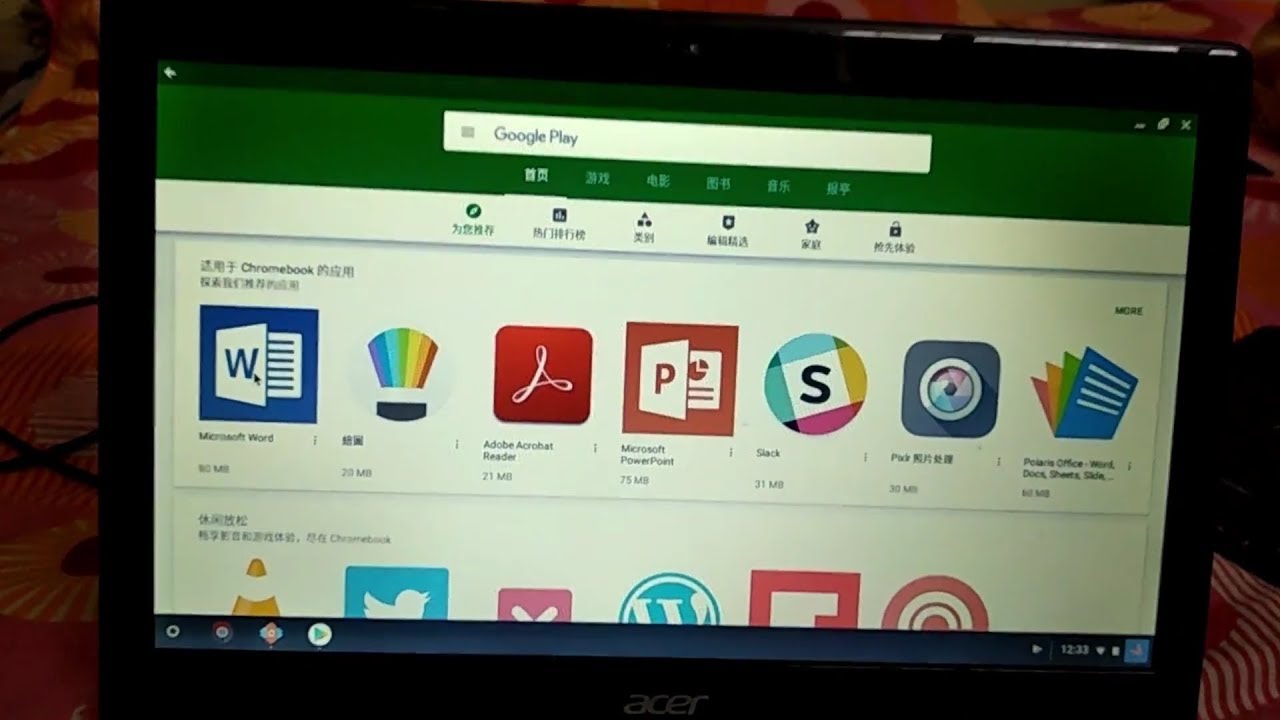 We will skip the install process of 7-zip and win32diskimager because it is simple wizard-based installation. After you have installed them let us now extract chromium os image.

After extraction you will get a file of 7.15 GB size it would be named as chromiumos_image.img

After you are satisfied with the performance you can then install Chromium OS permanently on your system following the below steps. 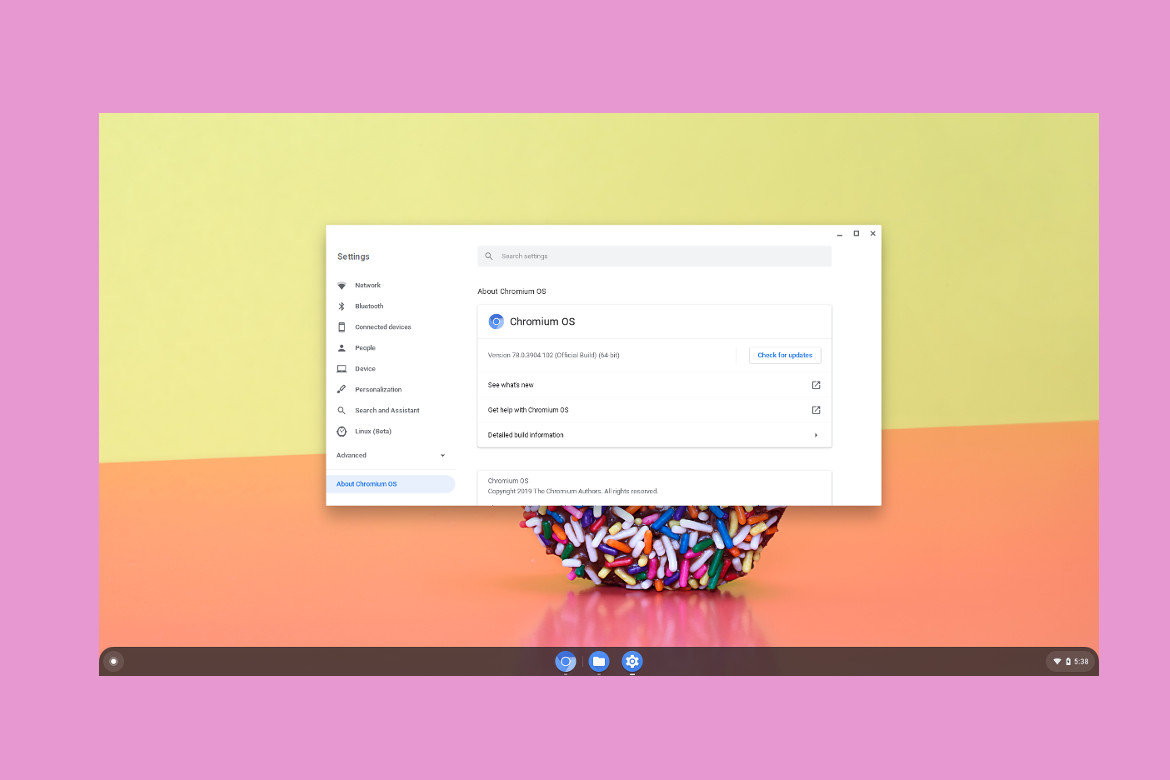 ArnoldTheBat keeps releasing updates to chromium os special build. You can easily get your system up to date by following the bellow steps.

I hope this guide helped you. If yes, consider supporting us. If you are facing some problem following this guide share it below in the comment section. You can help others by sharing this guide with your friends whom you think could benefit from it.

At howisolve.com we provide you the with latest updates on technology, tutorials, tips and tricks, troubleshooting guides and much more. Subscribe to our newsletters to get regular updates straight to your inbox. Thanks for reading friends see you later bye.

Have some questions join the discussion.